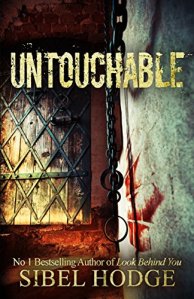 ~ Inspired by real UK police investigations, this book contains scenes which some readers may find disturbing ~~

It’s Maya and Jamie’s anniversary, and she waits with excitement for him to return home for a celebratory dinner. There’s a knock at the door. It’s the police. Jamie has been found hanging in a local wood.

His death is ruled a suicide, but Maya doesn’t believe Jamie would take his own life. Something isn’t right. Someone has broken into her house. Someone is watching her. And someone has gone to great lengths to cover up what Jamie was doing before he died.

Maya’s grief turns to suspicion, and as she begins to investigate the weeks leading up to Jamie’s death, her trail leads her to a place known as “The Big House” and the horrific secrets within. Secrets people will stop at nothing to keep hidden. People linked to the heart of the Establishment who think they’re untouchable.

Now Maya has a dangerous decision to make. How far is she prepared to go to reveal the truth?

First of all I have to say Untouchables is one of the best crime thrillers I have read this year, it’s dark, it’s gritty and very disturbing. Maya and Jamie appear to have the perfect relationship and planning for the future, until one day Maya gets a knock on the door telling her Jamie is dead, as far as the police are concerned it’s a case of suicide, but despite Maya’s overwhelming sense of shock and grief things just don’t add up, and it’s not long before Maya begins looking into Jamie’s past for answers, and so begins a dark and harrowing tale that will draw you in and keep you in its grips until the very last page.

Sibel Hodge has created very real characters rich in detail, I couldn’t help becoming attached to Maya whose grief and determination to find out the truth made her a very likeable and intriguing protagonist. The POV alternate between Maya and James certainly made this book all the more intriguing . The chapters told from James POV are both heart breaking and disturbing, they mostly explore his childhood and the horrific secrets he kept hidden from Maya. Jamie’s story is not one for the faint hearted it’s a miserable tale of abuse, but I would say in the authors defence it’s not overly Graphic, and Sybil Hodge deals with the subject with real empathy.

Inspired by real UK police investigations this book unfortunately makes for a very credible and heart breaking read as it explores the issues of abuse and the high end of society having the money and power to cover up their atrocities. How many times have you read or heard about such cover ups? I for one have read numerous cases and this is what makes Untouchables such a dark and seriously disturbing read, I for one felt so many emotions reading this book especially knowing such harrowing events are still going on today.

This is certainly not a book I would describe as a light read due to the subject matter, but it’s a story well told and one I would definitely describe it as gripping and very dark. It’s a compelling read and one that evoked very strong emotions due to the nature of the abuse, yes it’s harrowing and very upsetting but unfortunately such events are very much part of society today, and I believe the author has highlighted this with sympathy and understanding. Untouchables will certainly be added to my top reads of 2016, and I would highly recommend this book to anyone who enjoys a psychological read, although I do feel “enjoy” is not a word that can be used comfortably with this book as its so both heartbreakingly credible and harrowing.

I won’t be giving Untouchables 5 stars, but I will be giving it the very prestigious GOLD STAR AWARD. I give this award to a book I feel covers every aspect of what I look for in a good read, fantastic plot, great characters and a storyline that drew me in from the first page and kept me in its grips until I reached the very last page, and this book certainly had all these things and more.