Today I’m thrilled to be the last stop on the Brick by Conrad Jones blog tour, alongside fellow blogger Clair over at http://www.havebookswillread.com so don’t forget to check out her review. Brick has been republished by Bloodhound books, I just happened to see on Amazon Brick has 5 ⭐️ and 4 ⭐️ Reviews and after reading this gripping crime thriller I can see why, it’s a standalone so you don’t have to worry about  cartching up on a series, so without further ado here’s my review…..

When a teenager is the victim of an unprovoked attack while walking his dog, a murder investigation begins. A cruel twist of fate makes his innocent family the targets of a vicious campaign of terror. As the detectives of Liverpool’s Major Investigation Team try to contain the violence, several key members of an organised crime family begin to topple, causing shockwaves across the world.

Why was the teenager attacked?

And will the villains be brought to justice?

I’m going to make one thing clear from the start I absolutely loved Brick by Conrad Jones. I love an authentic, gritty crime thriller so why oh why has it taken me so long to get around to reading this authors books? I’m literally kicking myself! From the prologue I was hooked, the author very much sets the tone of the book with an brutal and violent prologue that introduces the reader to the murky and violent underworld of gangland Liverpool.

Fourteen year old Bryn Evans happens to be in the wrong place at the wrong time, what starts out as an innocent walk with his beloved dog soon becomes his worst nightmare and Bryn and his family find themselves the victims of gangland retribution. What follows is a gritty and brutal read that I was reluctant to put down, I found myself picking this book at any opportunity I got, in fact if “life” hadn’t got in the way I would have read Brick in one sitting.

This is not a novel for the faint hearted as Conrad Jones paints a very vivid picture of gangland violence, but in the authors defence none of the graphic scenes are sheerly for shock value, there is always a proper place for the how and why it happens, and it also adds a sense of realism to the plot. I couldn’t help but feeling sympathy for Bryn’s plight, from the outset it’s obvious he’s a typical fourteen year old, never been in trouble and from an average home, his vulnerability shines through and you cant help hoping he will find away to escape the wrath of the gangsters. As to the gangsters they are a nasty bunch as you would expect, you can’t help but hope “karma” will intervene.

Brick is relentless in pace, gangland warfare, revenge and conflict are just a few of the themes explored, which all made for a hard hitting read. Conrad Jones has written a book that deftly explores the violent side of gangland life, but he also writes a gripping tale that had me flipping the pages on my kindle so fast it literally froze (I kid you not!). Would I recommend Brick? Of course I would especially if like me you love a gritty crime thriller with an exceptional plot.

My thanks to Bloodhound books, Conrad Jones and Sarah Hardy for my copy of Brick in exchange for an unbiased review. 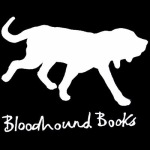 I had no intentions of writing until 2007, when I set off on an 11-week tour of the USA. The Day before I boarded the plane, Madeleine Mcann disappeared and all through the holiday I followed the American news reports which had little or no information about her. I didn’t realise it at the time, but the terrible kidnap would inspire my book, The Child Taker years later. During that trip, I received news that my house had been burgled and my work van and equipment were stolen. That summer was the year when York and Tewksbury were flooded by a deluge and insurance companies were swamped with claims. They informed me that they couldn’t do anything for weeks and that returning home would be a wasted journey. Rendered unemployed on a beach in Clearwater, Florida, I decided to begin my first book, Soft Target. I have never stopped writing since. I have recently completed my 17th novel, SHADOWS, something that never would have happened but for that burglary and my experiences in Warrington.

As far as my favourite series ever, it has to be James Herbert’s, The Rats trilogy. The first book did for me what school books couldn’t. It fascinated me, triggered my imagination and gave me the hunger to want to read more. I waited years for the second book, The Lair, and Domain, the third book to come out and they were amazing. Domain is one of the best books I have ever read. In later years, Lee Child, especially the early books, has kept me hypnotised on my sunbed on holiday as has Michael Connelley and his Harry Bosch Series.

It might be the end of the blog tour. but you can still check out some of my fellow bloggers posts, so here’s the blog tour banner. 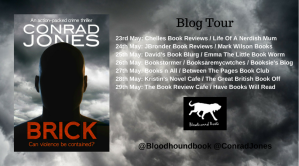