I’m delighted to have been invited to take part in Simon Michael’s blog tour to celebrate the launch of The Lighterman, the third in his series of 1960s London thrillers featuring barrister antihero Charles Holborne. The Lighterman is published by Urbane Books and was released on the 8th June 2017.

Matthew over at Urbane Books has kindly given me a paperback copy of The Lighterman as a giveaway, you will find the details on how to enter at the bottom of this post. 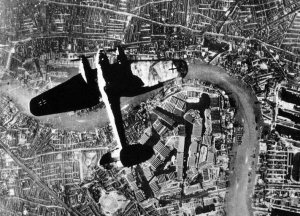 The first two novels in your series, The Brief and An Honest Man, both take place over the space of a few weeks in the early 1960s, but in The Lighterman you go back in time even further, to the 1940s. Why did you do that? Did you always intend to write historical thrillers?

As the series has progressed I have come to know Charles much better. Although when I wrote The Brief I knew he was an East End boy made good and he had been in a bit of trouble with the law in his past, as the series progressed what was a line drawing filled out to become a more three-dimensional portrait in my head. I began to understand his family dynamics better, his psychology, his hang-ups. There’s a major reveal coming in Book 4, and I wanted my readers to understand and believe in it. That entails revealing some of what happened to Charles as a teenager, which takes us back to 1940 and the Blitz. I also have a deeper understanding of how plot and character grow out of the fertile soil of place and history. People have commented that London has become an integral part of the stories; I would go further: I think London is a character in the series in its own right.
So, to answer your question simply, in one sense all stories are “historical” in that all characters have a background and past which dictate how they act in the present. If you want to create real characters, they can’t just arrive on the page in the present moment.

For someone who has his own particular moral code, Charles does a lot of lawbreaking in The Lighterman! Aren’t you worried that some of your readers will dislike him?

The reviews seem to suggest that the aspect of the series which appeals most to readers is Charles’s personality. My favourite, from one woman reviewer, is that she thinks she is “a little bit in love with Charles Holborne”. So I realise it’s very important not to make Charles dislikeable. At the same time, it’s his flaws that make him interesting. He went through the War, lived rough on the Blitzed streets, and grew up in an era when women with careers were oddities, men were expected to be the breadwinners and they weren’t supposed to speak about “feelings”. On top of that Charles has been damaged, and he carries that damage into his relationships with women. But as long as the reader sees that he is trying to overcome his deficiencies, that he’s essentially “a good guy” – even one who makes mistakes – I think (hope!) readers will see him as a complete person. As for his lawbreaking, he does it to save lives and to protect the innocent from the machinations of corrupt and venal men with power. I think most readers will forgive that.

You have mentioned Book 4. How many more are there to be in the series?

Charles is involved in a long-running battle with the Kray twins. They didn’t go to prison until 1968 and left a legacy that lasted some years after that. So I have at least a further five years to cover, and the undermining of The Establishment which occurred during the late 60s is a fascinating period in its own right. Books 4 and 5 are part-written. My guess is that there are at least another four books to come, but we shall see.

Simon Michael is the author of the best-selling London 1960s noir gangster series featuring his antihero barrister, Charles Holborne. Simon writes from personal experience: he was a barrister for 37 years and worked in the Old Bailey and other criminal courts defending and prosecuting a wide selection of murderers, armed robbers, con artists and other assorted villainy during what was often considered the “Wild West” of British justice. The 1960s was a time when the Krays and the Richardsons and other violent gangs fought for control of London’s organised crime, and the corrupt Metropolitan Police beat up suspects, twisted the evidence and took their share of the criminal proceeds. Simon weaves into his thrillers genuine court documents from cases on which he worked and the big stories of the 1960s.

Simon was a successful author in the 1980s, published here and in the USA, and returned to writing when he retired from the Bar in 2016. The first two books in the Charles Holborne series, THE BRIEF published in September 2015 and AN HONEST MAN published in July 2016, have both garnered rave reviews for their authenticity and excitement. The theme of Simon’s books is alienation; Holborne, who dabbled in crime and in serious violence before becoming a barrister, is an outsider both in the East End where he grew up and in the Temples of the law where he now practices, where he faces daily class and religious prejudice. He has been compared to Raymond Chandler’s Philip Marlowe and Dashiell Hammett’s Sam Spade, honourable men surrounded by corruption and violence, trying to steer an honest course. 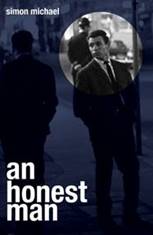 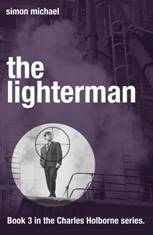 When Charles Holborne’s cousin, Izzy, is accused of murder, Charles must dig up the secrets of the past to defend him. But brutal gangland leader Ronnie Kray will stop at nothing to get his revenge on Charles for the events of An Honest Man. Can Charles save his cousin…and his own life?

Simon Michael brings the past vividly back to life across a beautifully rendered 60s landscape, and delivers a gripping piece of thriller fiction that will excite any fan of the Britcrime genre.

I have one paperback copy of The Lighterman by Simon Michael, unfortunately this is open to UK residents only. Winner will be notified within 24 hours of winning. To enter just leave a comment in the post telling me which era you would loved to have been part of?

All entries will be put into a hat and I will get the ever suffering Mr book review cafe to pick a winner. 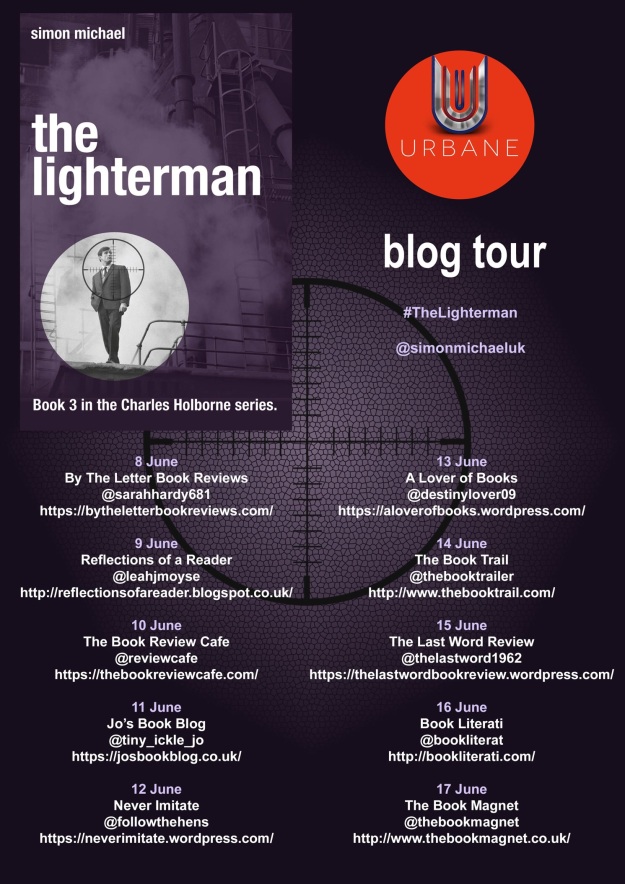