Today I have a very special Giveaway I’m offering one lucky reader the chance to win a hardback copy of The Friend by Dorothy Koomson and a very special letter from the author herself written on seeded paper, you basically put the paper in compost, water it and watch the seeds from the paper grow into a bunch of flowers 🌸🌼🌻💐how brilliant is that? Before  I give you details on how to enter here’s the book description for you

What secret would you kill to keep?
After her husband’s big promotion, Cece Solarin arrives in Brighton with their three children, ready to start afresh. But their new neighbourhood has a deadly secret. Three weeks earlier, Yvonne, a very popular parent, was almost murdered in the grounds of the local school – the same school where Cece has unwittingly enrolled her children.
Already anxious about making friends when the parents seem so cliquey, Cece is now also worried about her children’s safety. By chance she meets Maxie, Anaya and Hazel, three very different school mothers who make her feel welcome and reassure her about her new life. That is until Cece discovers the police believe one of her new friends tried to kill Yvonne. Reluctant to spy on her friends but determined to discover the truth, Cece must uncover the potential murderer before they strike again . . .

Unfortunately this competition is open to UK residents only due to postage costs. The winner of this giveaway will be notified within 24 hours of competition ending. Competition ends midnight 29th June 2017

Enter to win a beautifully wrapped hardback copy of The Friend and the seeded paper here………. http://www.rafflecopter.com/rafl/display/86b4d40512/? 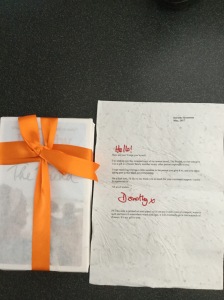 7 thoughts on “#Giveaway The Friend by Dorothy Koomson”